After one whole year of hard work, toil, tears and sweat from all our awesome contributors the latest release of the Open Build Service(OBS) is ready for you. Version 2.4 adds support for yet another package format, secure boot signing and appstream app stores. It also brings a constraint system to better match build hardware to build jobs and includes a lot of speed improvements. OBS 2.4 is the latest, greatest and rock solid release that is already used by our reference server since January. We strongly recommended to update to this version. 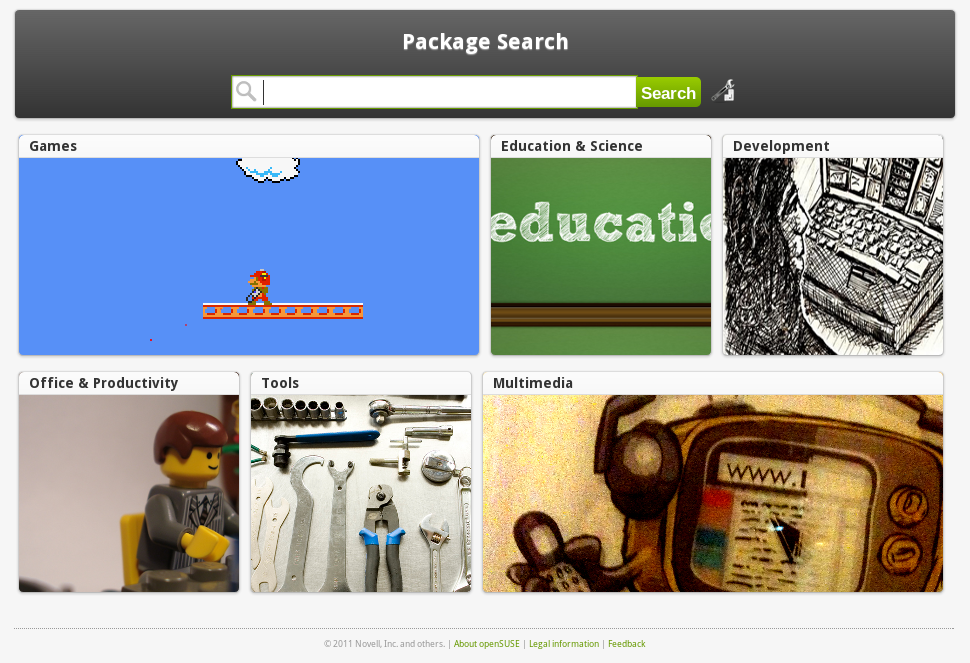 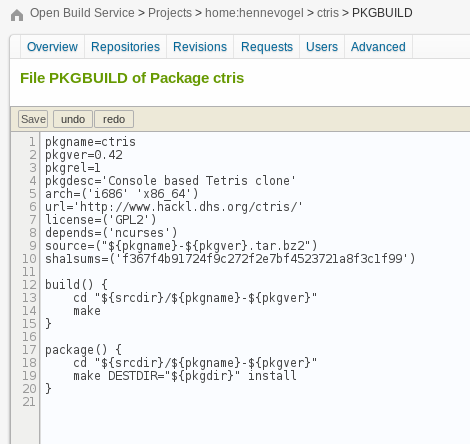 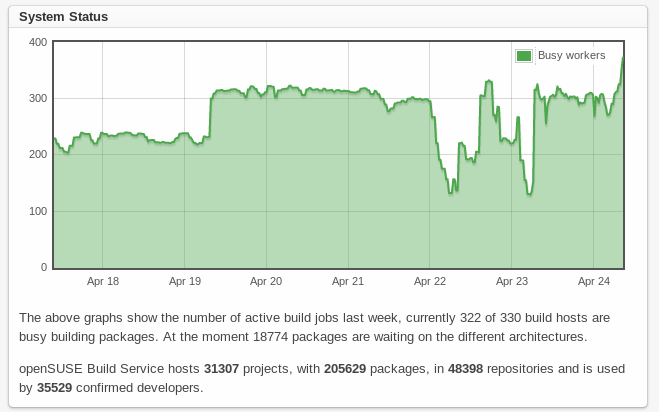 A PKGBUILD file edited in OBS

The AppStream based app store on software.opensuse.org

With OBS 2.4 it is now possible to build packages in the PKGBUILD format used for instance by the popular Arch Linux distribution. This is the third package format, after RPM and DEB, supported by the OBS which makes it feasible to build and ship software for all the major Linux distributions that use a binary package format. Another popular demand for build servers these days is the support for signing individual files (bootloader, driver etc.) inside packages with a cryptographic key to support standards like UEFI secure boot. In version 2.4 the OBS sign daemon has been extend to handle this security feature. And with the rise of App-Stores as means to distribute software to end users this OBS release brings support for the cross-distribution application metadata standard AppStream.

Constraints can be defined for packages and projects inside the OBS to only build on worker instances that fulfill these constraints. The types of constraints vary from software constraints like requiring a minimum kernel version, over hardware constraints like requiring a specific CPU flag or size of disk/memory to OBS constraints like the type of sandbox the worker uses to execute the build.
Each successfull build in OBS 2.4 now produces statistics over the used disk space, memory and I/O usage which can be used as a base for setting constraints.
With this constraint system it is not only possible to better match build jobs to build environments but it also can be used to run, for instance, package benchmarks always on the same worker or distinguish between secure and insecure build environments. Documentation about this can be found in the Open Build Service Reference Guide.

Packager/Developer time is a very valueable so we are constantly working on improving the speed of the OBS. For 2.4 we have added support for preinstall images of dependencies to speed up the assembly of the worker sandboxes. These images include all the files so unpacking them is way faster than unpacking single packages. We also added better caching of build metadata, grouping of repository metadata writes and more efficient merging of scheduler metadata. And we have made the interconnect of different OBS instances asynchronus. This will avoid scheduler hangups with slow or broken network to a remote instance.

If you are longing for a deeper look into all the changes this major version update bings check out the detailed 2.4 Release Notes. It is also recommended to read these before updating your instance. 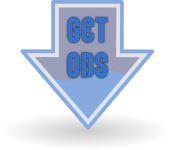