As it was reported in #4895, after editing a patchinfo with an optional message element, the element was removed. This was fixed in #5010. 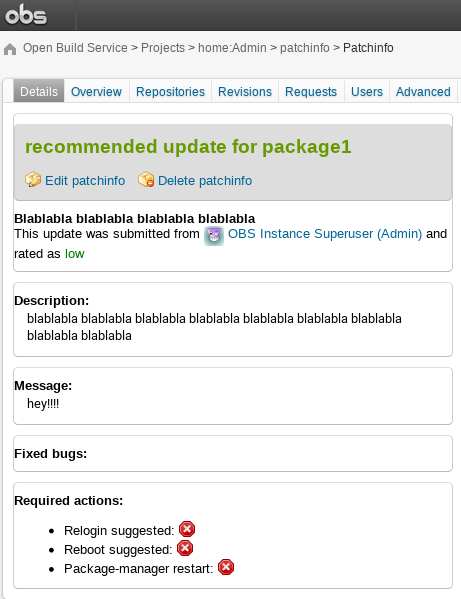 Working on this issue lead us to add the missing optional version field and fix another issue related with the selection of binaries. That’s the thing fixing issues in OBS: you don’t stop when fixing a bug. You dig into the code and make it as good as you can.

In the binaries page we were asking to the backend per file if it knows the url for downloading. If the backend answers with an url, that url will be checked on the fly to know if the file is available, if it is not there then we provide an API url. That meant that up to 2 http request are performed to only know if we need to show the link. If we have a package with 20 files per subpackage and 5 subpackages… we will perform up to 200 requests just to show links. With PR#5014 we have moved this calculation to an internal action in the frontend to only perform the request to external sources if the user really wants to download a file

As you might know OBS is using structure.sql for dumping the database schema of our app.

This is slightly different from the schema.rb dumps that Rails applications use by default. In a nutshell the difference between those two variants is that the structure.sql dumps include database specific settings like triggers, sequences and alike. If you want to know more about schema dumps in Rails, we recommend the awesome Rails guide.

In addition to that, we have a fancy migration test that ensures that the structure.sql file we store in our git repository matches with the one created from scratch (based on an OBS 2.5 dump).

This test runs within our RPM package builds for any target we build for.

Now with the upcoming SUSE Linux Enterprise 15 release we started to build packages for this platform and noticed that these tests fail because of a mismatching sql dump.

The reason for that was that newer MySQL / MariaDB versions, like the one we ship with SLE15, introduced a few changes:

As you can see in the pull requests we’ve added normalization code to our migration code to address the first 2 changes. The encoding differences were only affecting some of our tables and in some cases not even the whole table but only some of the columns. To solve this we had to add some database migrations that explicitly set the encoding for these collumns.

Few weeks ago Rails released an update for Rails 5: Rails 5.2. So it was time to give OBS an update as well

Once we’ve reviewed the changes the Rails folks been doing we’ve updated https://build.opensuse.org. Everything works like a charm and we are now running on Rails 5.2

After trying out Bulma last sprint, we gave Semantic-UI a shot. Like last time we rewrote the OBS main page and package show page to get a glimpse of what it would feel like to rewrite OBS with Semantic-UI. 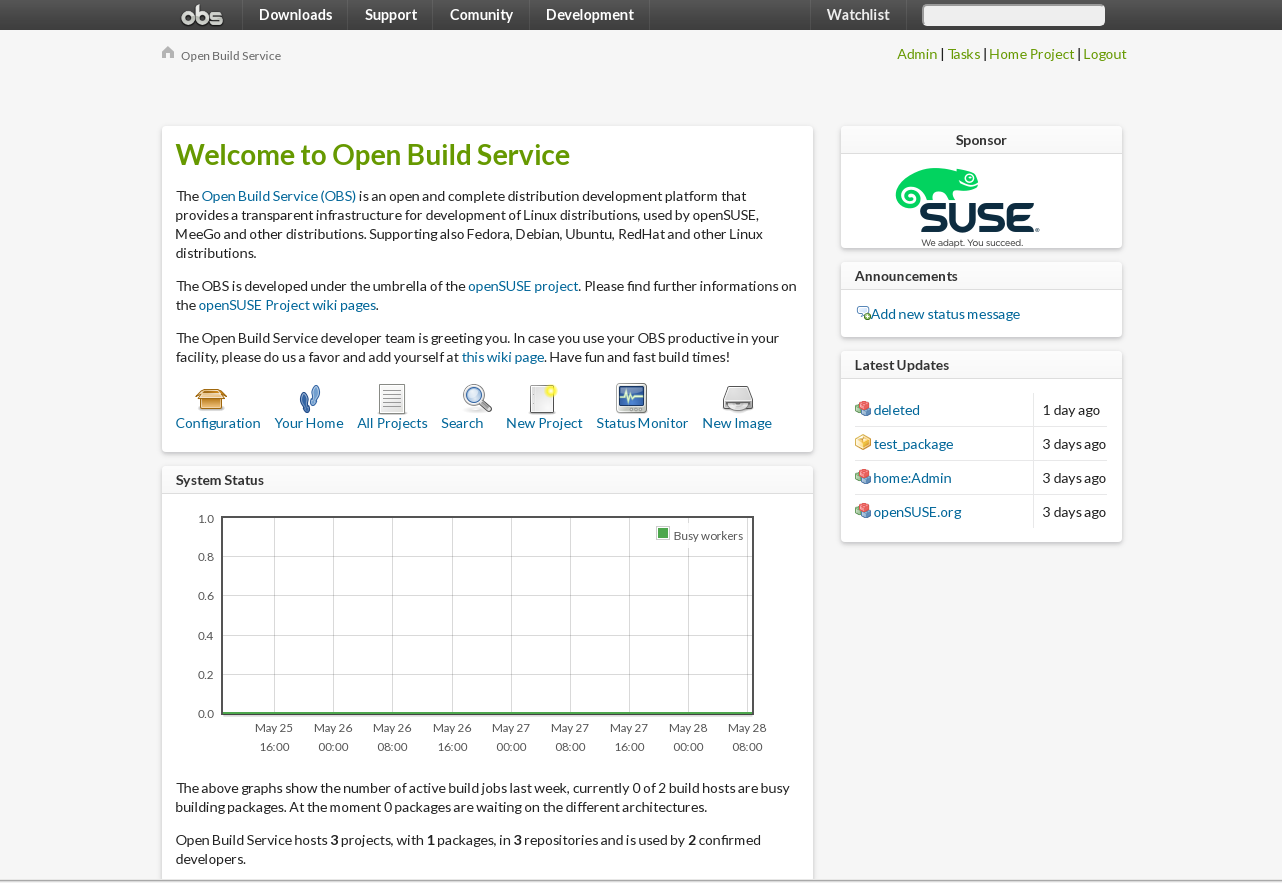 From the three frameworks we wanted to have a look at only one was left. Thankfully @hellcp volunteered to rewrite the two mentioned OBS pages in Bootstrap

And a screenshot is added right here 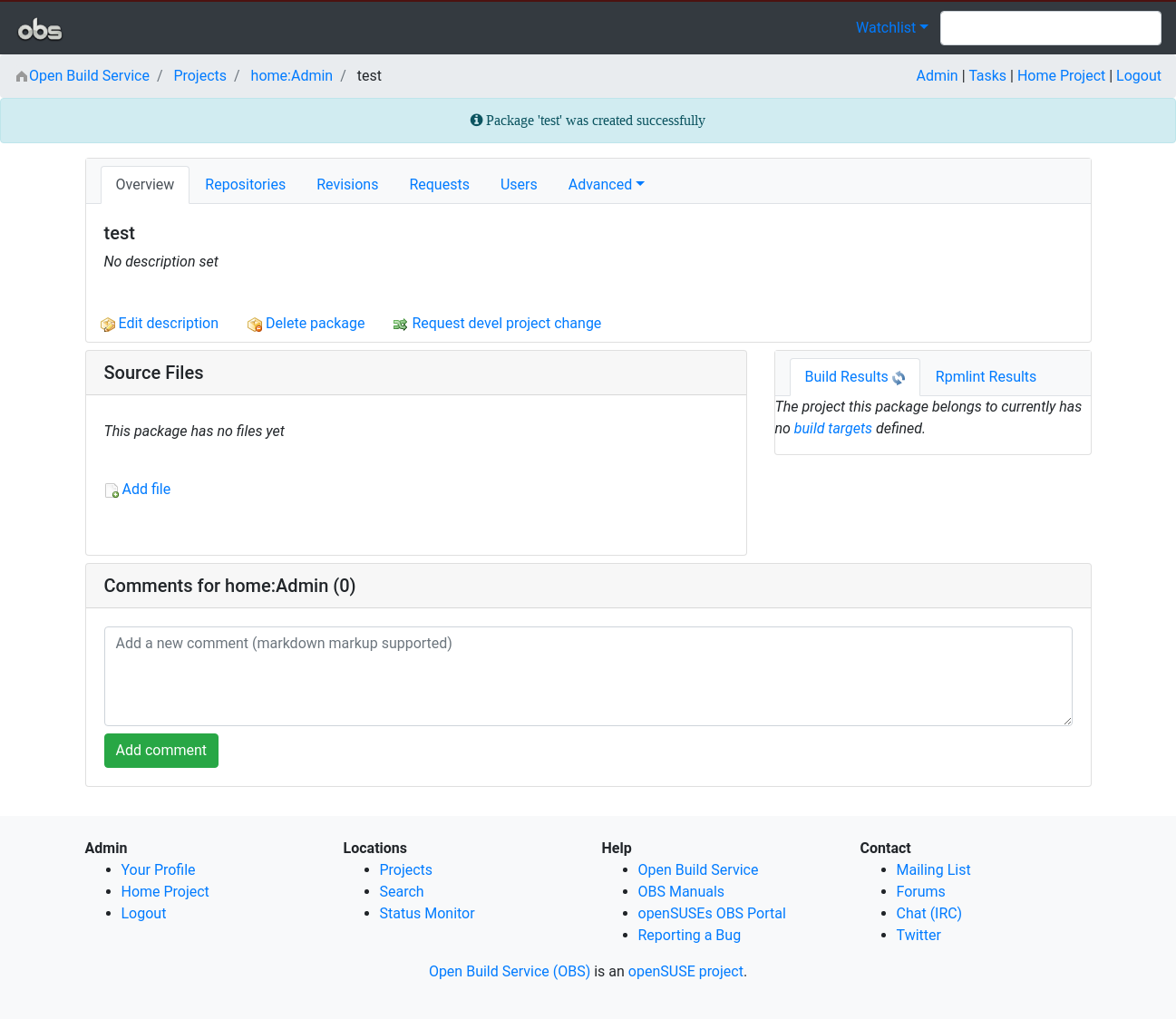 Now that we had a peek into all 3 contenders (Bootstrap, Bulma, Semantic-UI) we should be ready to decide in the next few days which one it will be.

But the OBS team was not only hacking, they were also in the openSUSE conference. It is the annual openSUSE community event that brings people from around the world together to meet and collaborate. This year it took place in Prag from May 25 to 27. There were an OBS workshop and many OBS related talks, such as:

All of them were recorded and thanks to the increadbly efficient work of the openSUSE video team, you can watch them in the openSUSE YouTube channel. 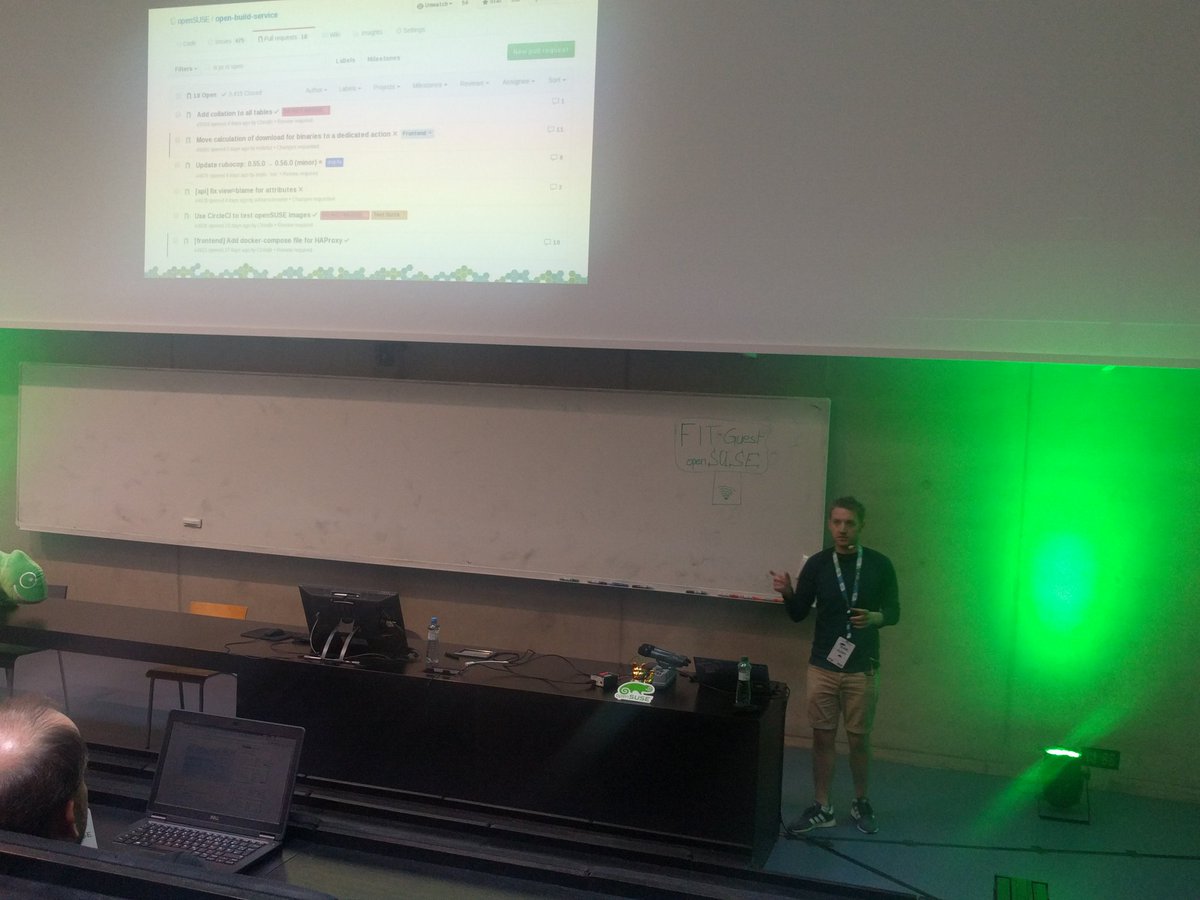 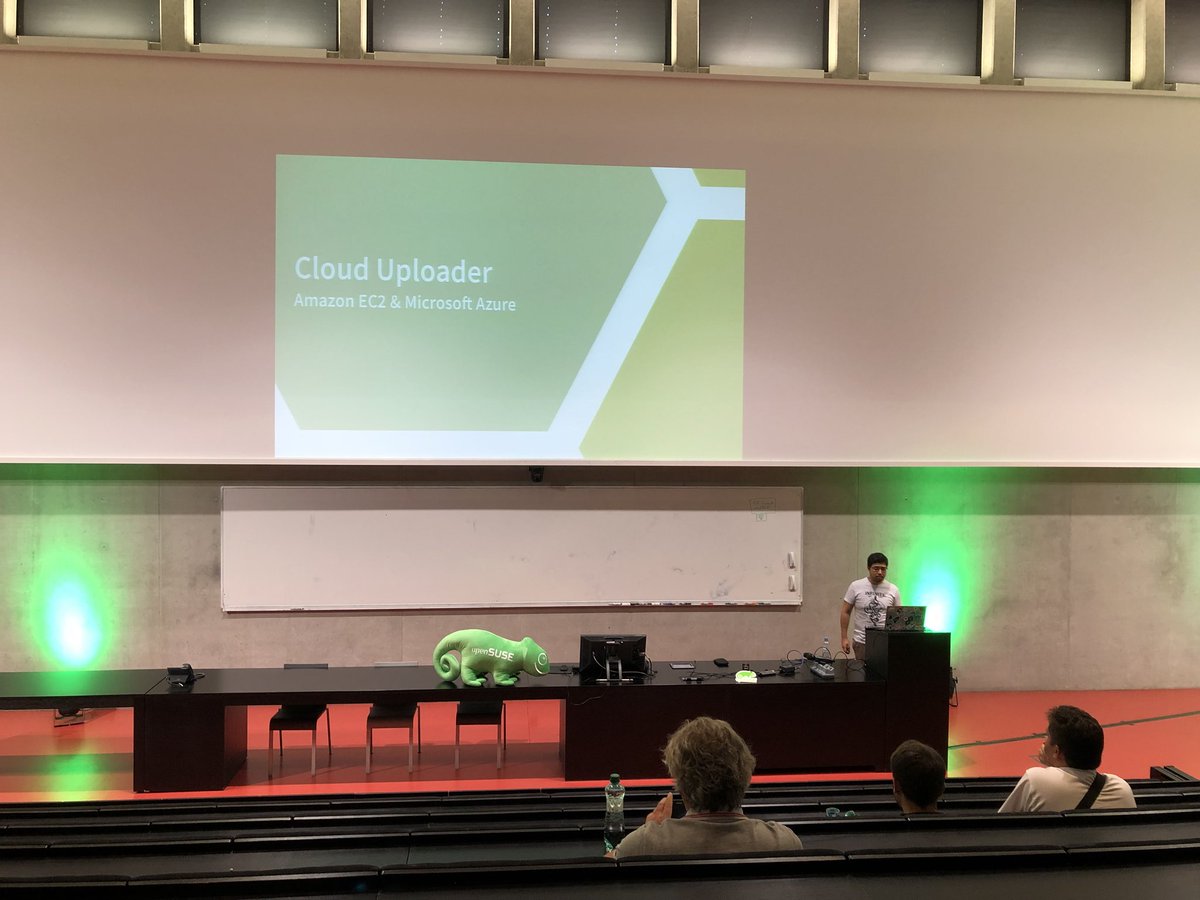 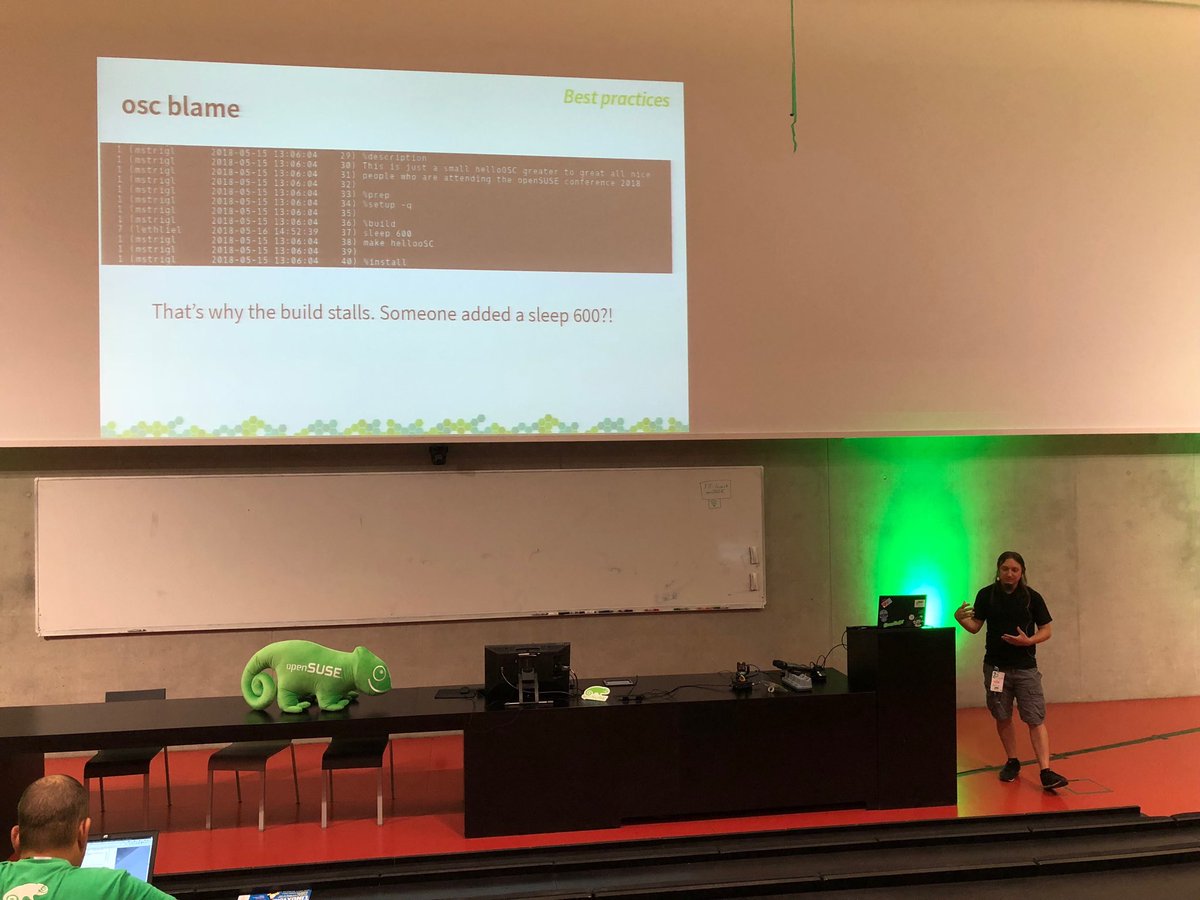 See you next sprint!